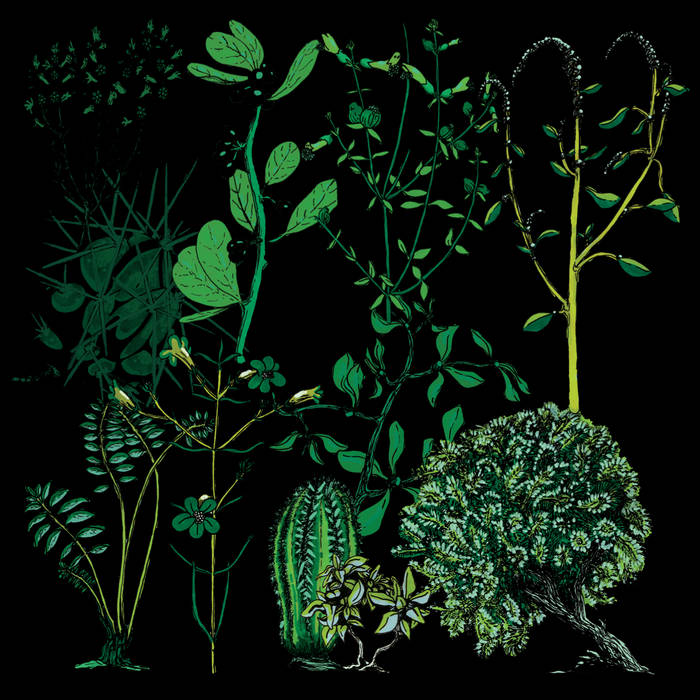 Campdogzz are dialed into the bleak, spirited heart of the industrial Midwest. The Chicago-based five-piece band harbors driving rhythms, insistent dual guitars set in intriguing arrangements, and the haunting, evocative voice of Tulsa, OK-native Jess Price. Her melodies take on the shape of a storm making its way in -- and out just as soon. There’s a feeling of electricity, of winds shifting, a magical mix of both comfort and unease.

In Rounds, Campdogzz’s sophomore album, was written partially in Chicago but mostly throughout the Southwest as Price and guitarist/vocalist Mike Russell traveled, post-tour, in the school bus that used to serve as their band van. Engulfed by desert, this starkness -- like Price’s native Oklahoma -- couldn’t help but seep into the songs. It was a period of collective change for the band as relationships began and ended, people moved and planted new roots. Everyone experienced some sort of massive life shift and the album serves as a reflection of that period, of growth and patience.

Price, who moved to Chicago to become a filmmaker, has spent her life writing songs. She never considered pursuing music, however, until her introduction to Russell and Nick Enderle (guitar, synth) while filming a documentary on their previous band, Suns. While Price is the main songwriter, Russell has been equally integral to the band from the start, shaping the sound and contributing a song completely of his own on each album. Campdogzz’s self-released 2015 debut album Riders in the Hills of Dying Heaven was the brainchild of solely the pair and came together quickly, but In Rounds represents a shift in their creative process. The new album is a more collaborative and intentional effort, written over a couple of years and recorded in 2017 in Chicago. Like its predecessor, In Rounds is self-produced, but this time with production assistance from engineer Nick Papaleo.

Campdogzz have earned a devoted following in Chicago and the surrounding Midwest, with a solid line-up featuring Price (vocals, guitar, organ), Russell (guitar, backing vocals), Enderle (guitar, synth), Andrew Rolfsen (bass), and Chris Dye (drums). In addition to their own headlining shows and a recent tour with Field Report, the band has opened for Big Thief, Sam Evian, Ohmme, and more. They were recently seen in the first season of the Netflix series “Easy,” while Riders in the Hills of Dying Heaven has been streamed more than two million times. With In Rounds, Campdogzz usher us into the dusty windstorm of a melodic midwest -- aching with yearning and regret -- their hymns offering solace on the long road away from home.

We are a band based out of Chicago, IL. We roll in an old International bus by name of Gramps.

Bandcamp Daily  your guide to the world of Bandcamp

Cannibal Corpse's George "Corpsegrinder" Fisher stops by for an interview